SoulMusic Records is proud to present ‘In The Name Of Love’, a musically masterful collection of five albums by the incomparable Grover Washington Jr, specifically covering his tenure with Elektra Records from 1979-1984.

• Produced by SoulMusic Records’ founder David Nathan, with first class mastering by Nick Robbins and stellar artwork by Roger Williams, ‘In The Name Of Love’ features 19 single edits assembled for the first time including the ‘A’ and ‘B’ sides of Grover’s US charted hits between 1979-1984.  Rightfully considered a pioneer and one of the most influential musicians in the smooth jazz movement that began to emerge in the early ‘70s, Grover’s stellar work as a saxophonist hit a new plateau of popular acceptance with his recordings for Elektra, highlights of which include the million-selling ‘Winelight’ LP featuring the timeless classic ‘Just The Two Of Us’ (featuring renowned singer/songwriter Bill Withers) and ‘The Best Is Yet To Come’, the title track of which features special guest Patti LaBelle.

• With insightful and informative commentary on each album by renowned UK journalist/essayist and author Charles Waring with quotes from famed Philadelphia producer/songwriter Dexter Wansel who worked with Grover on his ‘The Best Is Yet To Come’ LP plus personal comments from two of today’s acclaimed saxophonists, Najee and Gerald Albright – who consider Grover (who passed away in 1999 at the age of 56) a major influence and inspiration.

Released in the UK now…

About the Author: David Nathan

Established as a renowned expert, historian and award-winning music journalist and writer in the world of soul music with almost five decades of accomplishment, London-born global communicator David Nathan – the founder of SoulMusic.com – has consistently reinvented himself, ever-expanding and expressing his multi-faceted creativity through new and exciting possibilities. 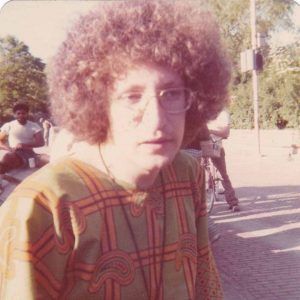 Sign up for the latest news from David Nathan